Multifunctional residential complex of business class "Silver Fountain" is located in the Alekseevsky district, not far from the metro station "Alekseevskaya". This is a historical district in the north-east of Moscow near VDNKh, Mira Avenue and Sokolniki Park. Proximity to the city center (4.5 km to the Garden Ring), quick access to the Moscow Ring Road along a straight line and the high rating of the area among Muscovites determined the increased interest in it from developers.


"Silver Fountain" is a project of redevelopment of the territory of the plant "Vodopribor" with the preservation of historical buildings of the 19th century that have the status of cultural heritage sites (gatehouse, water tower, reservoir, fence and office building). On the territory of 7.72 hectares, five buildings with a height of 3 to 20 floors are being erected.

The complex includes a separate office building and 3 stages of residential sections of different heights, each of which forms a self-sufficient cozy quarter. In buildings No. 1 and No. 3, only apartments can be purchased, in building No. 2 - 150 apartments and 678 apartments, the 4th building will be occupied by an apart-hotel with 394 apartments, and the 5th building will be a fourteen-story office center.


The architecture of the complex contains a clear reference to the nearby heritage site. Each of the 11 sections has its own type and design of the facade, referring to the classic examples of Russian brick architecture of the 17th-19th centuries, and it is the unity of the material that will allow them to be combined into a harmonious ensemble. 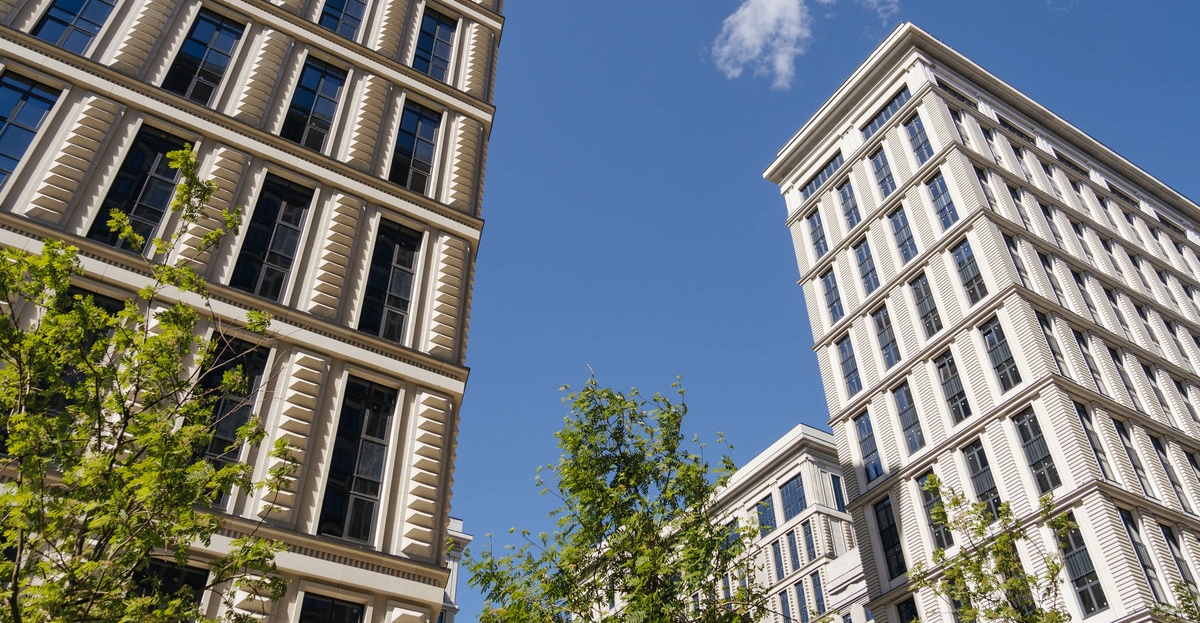 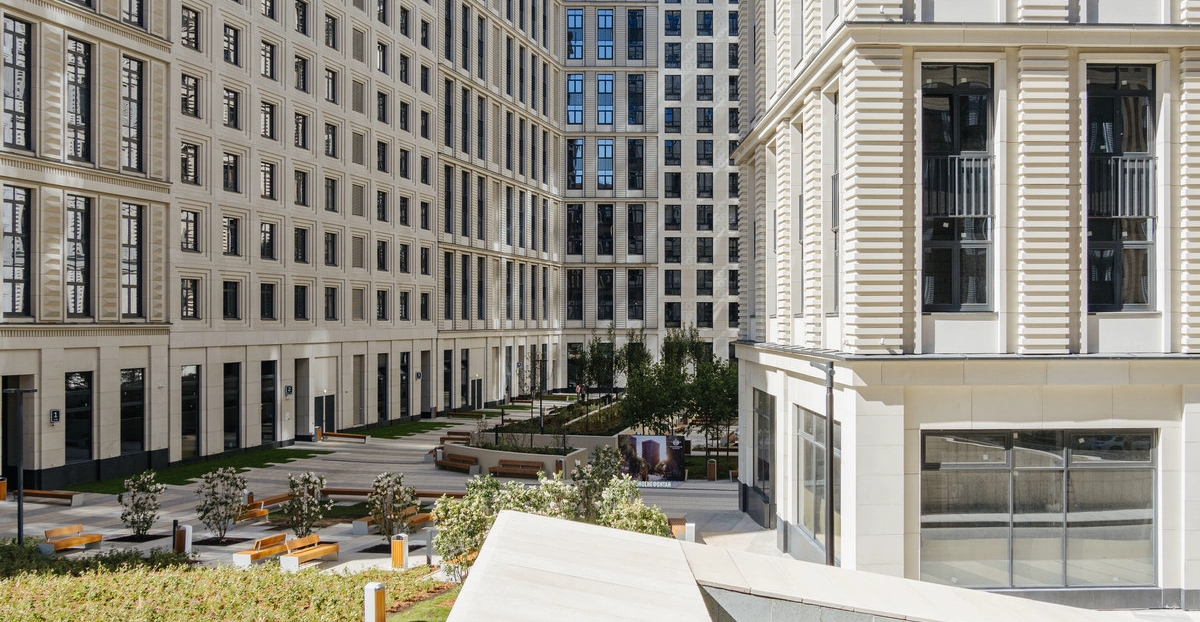 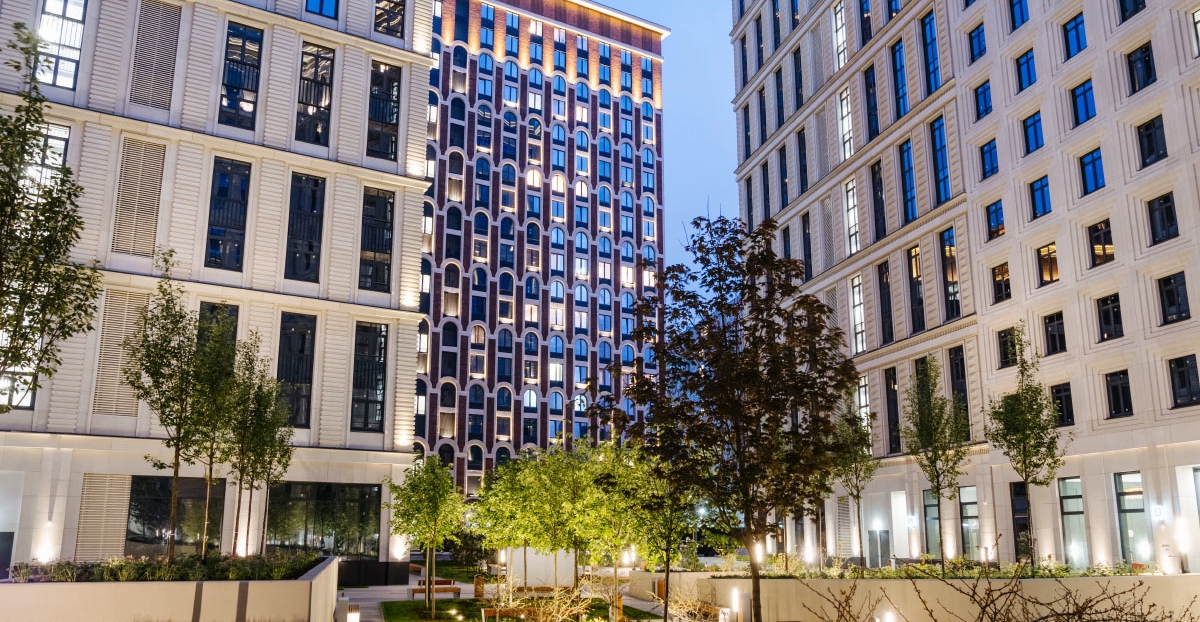 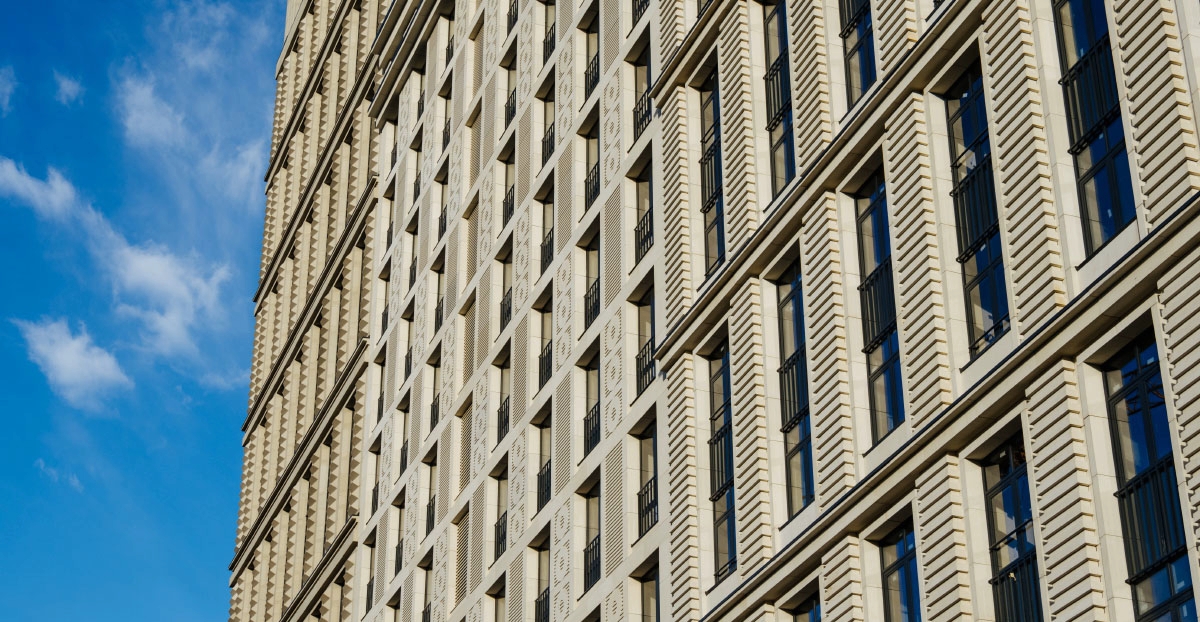 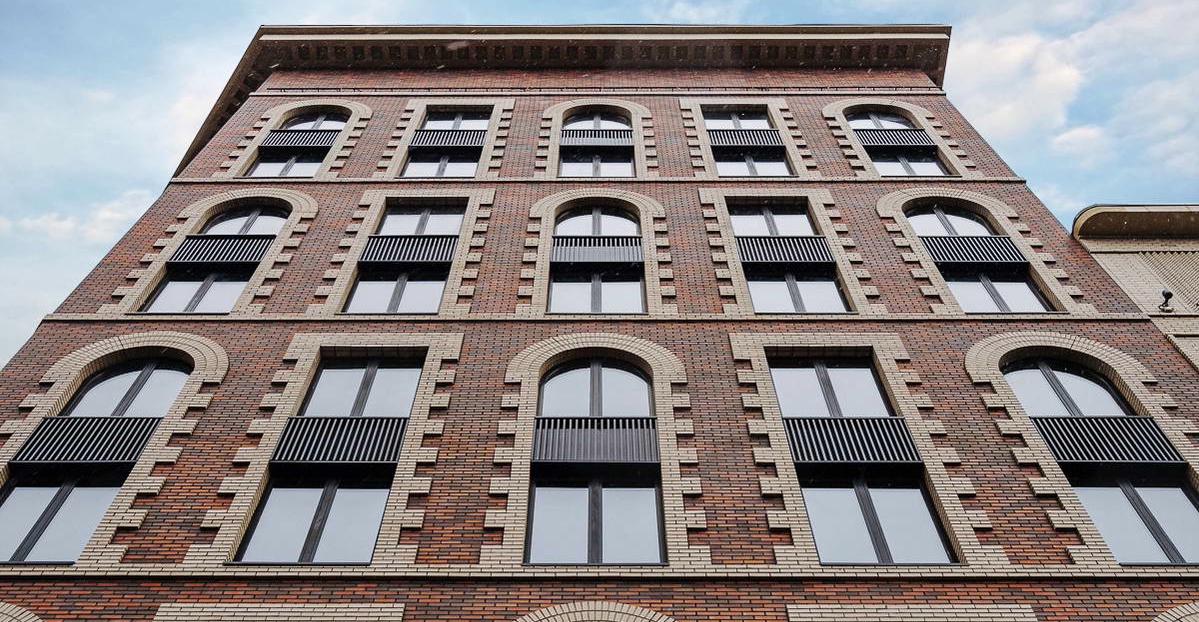 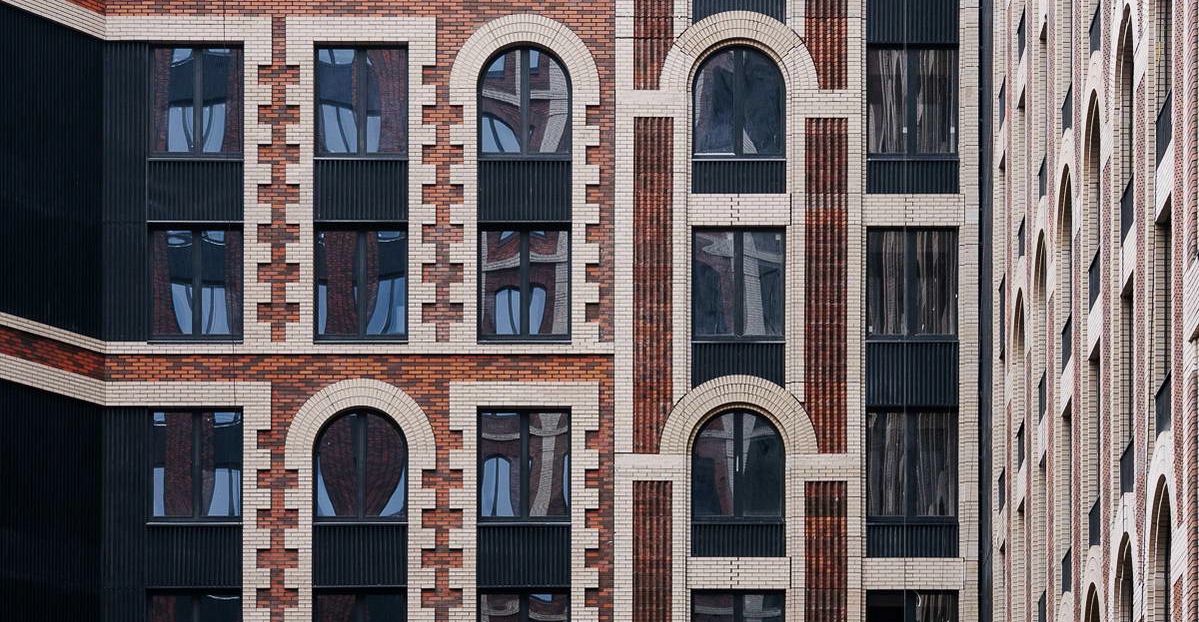 The architectural composition of the complex is based on the building of the Alekseevskaya water-lifting station and the building of the former orphanage of the Bakhrushin brothers. In a separate quarter, the historical brick buildings of the Alekseevskaya water-lifting station of the late 19th and early 20th centuries, built according to the design of the Moscow architect of German origin Maxim Karlovich Geppener, were left and restored.


On the territory of the complex, a linden alley and a square, as well as a fountain, which once served as an ornament to the internal square of the enterprise, have been preserved. When developing a compositional solution for new buildings, this factor turned out to be one of the decisive ones: all stages of construction are oriented towards the fountain and the newly landscaped public space around it, forming a harmonious and intuitive system of visual axes and landmarks. 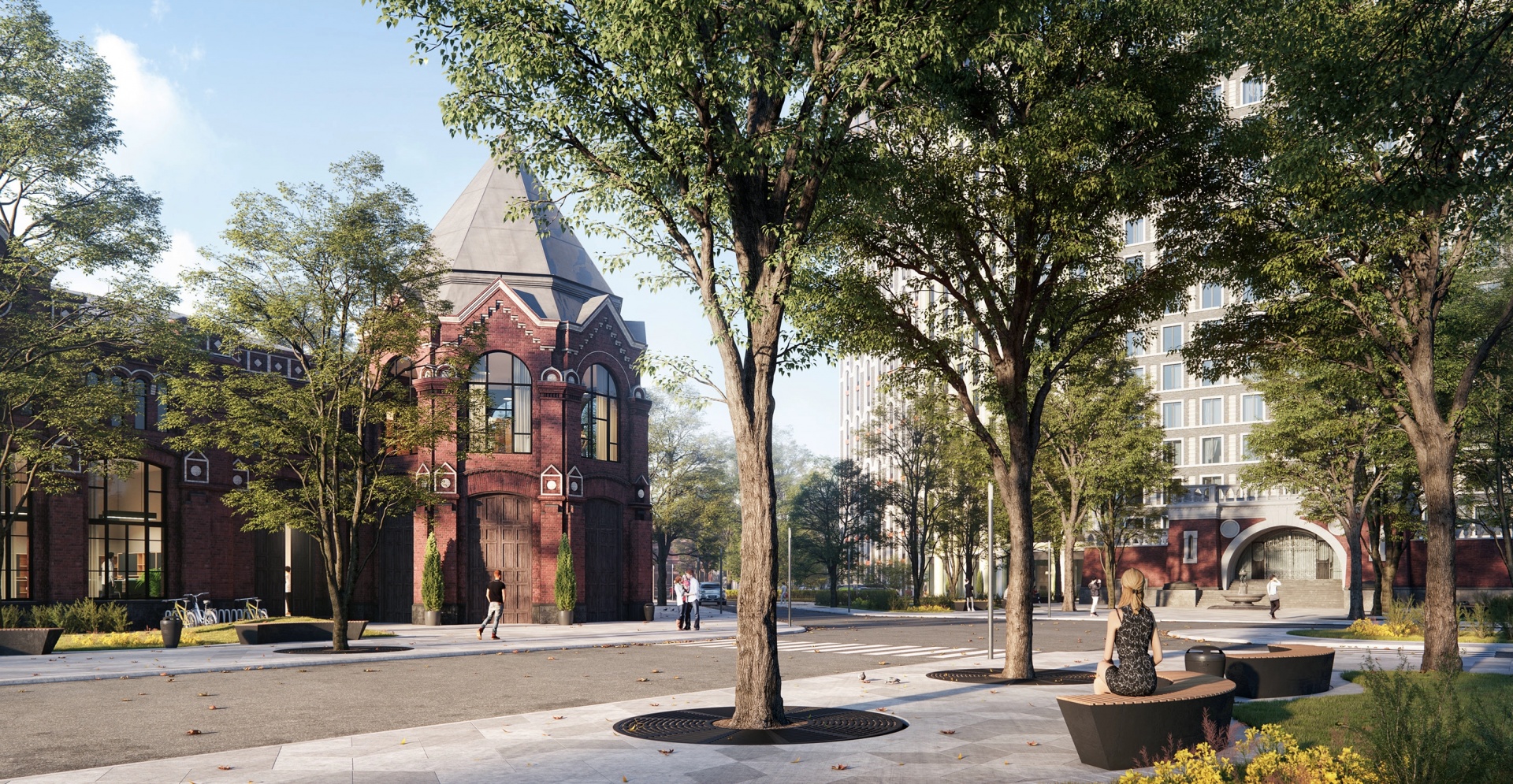 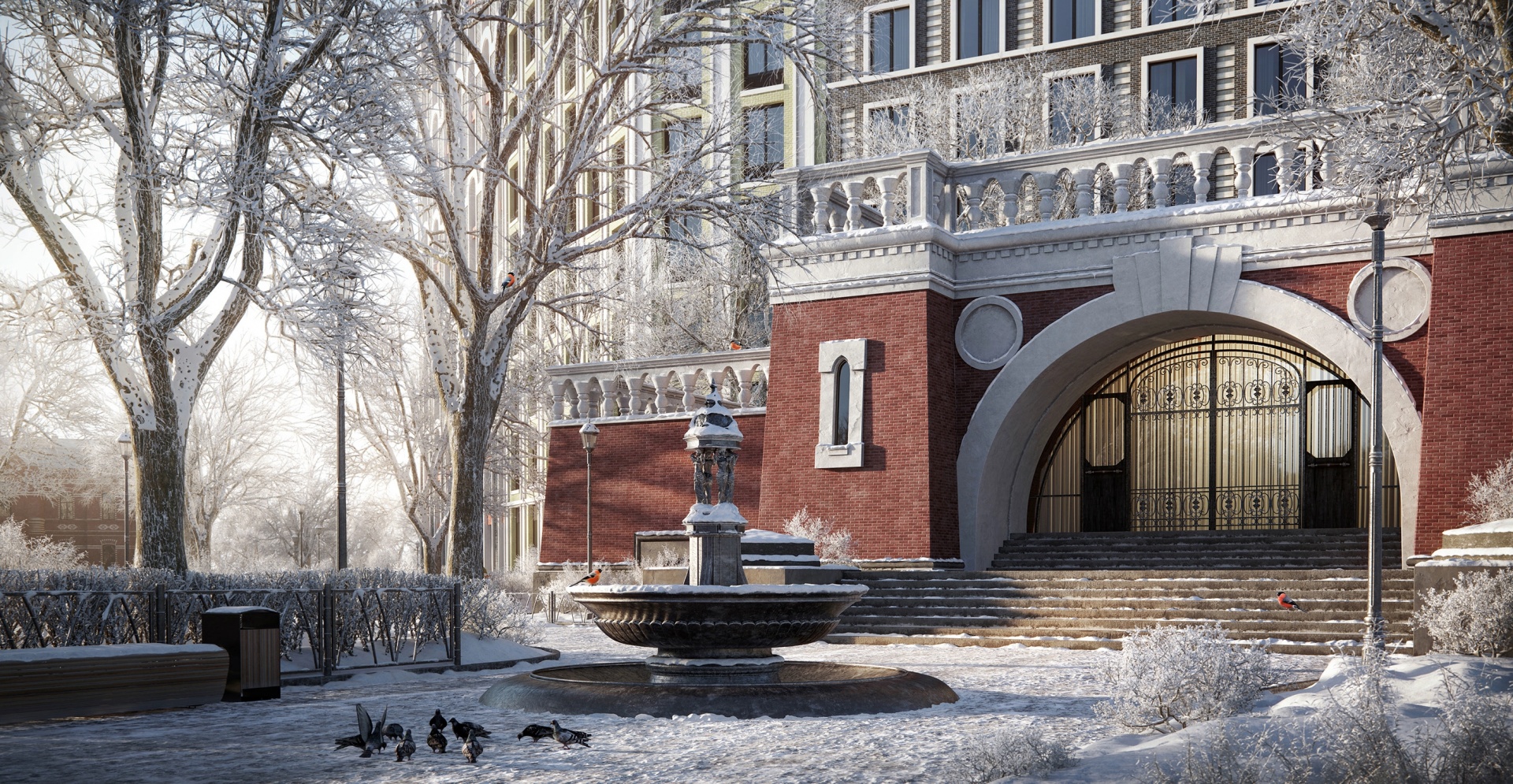 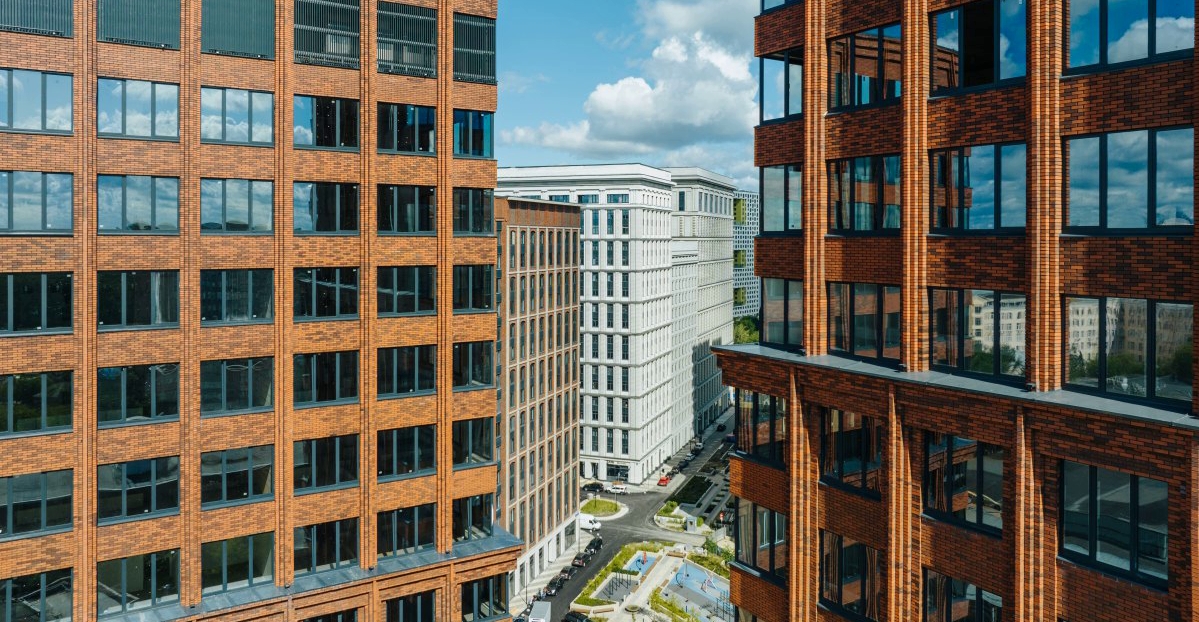 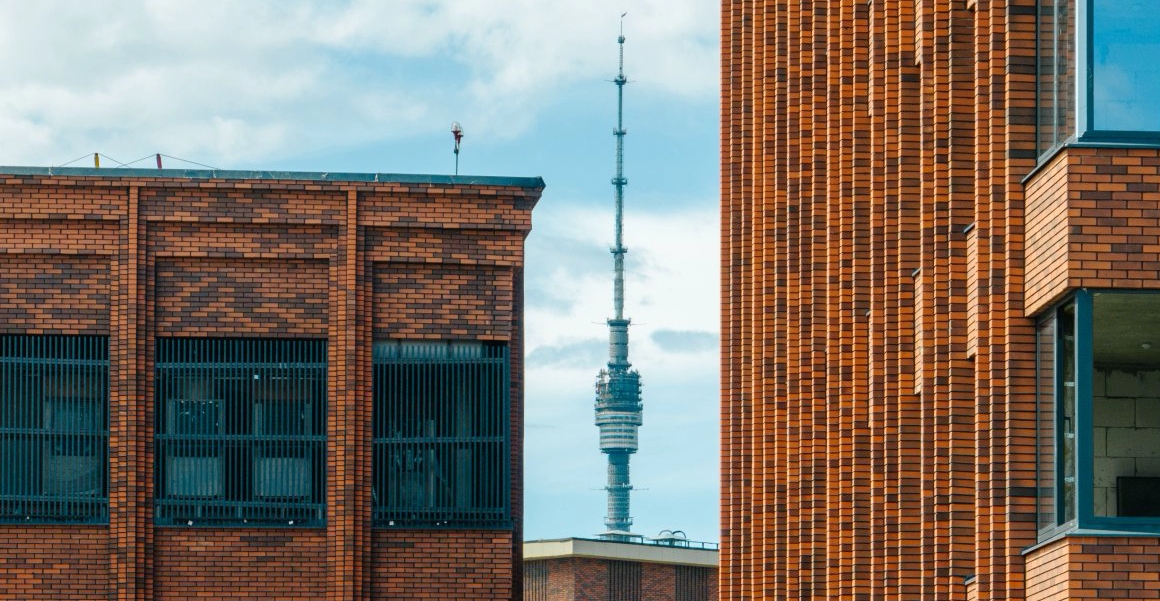 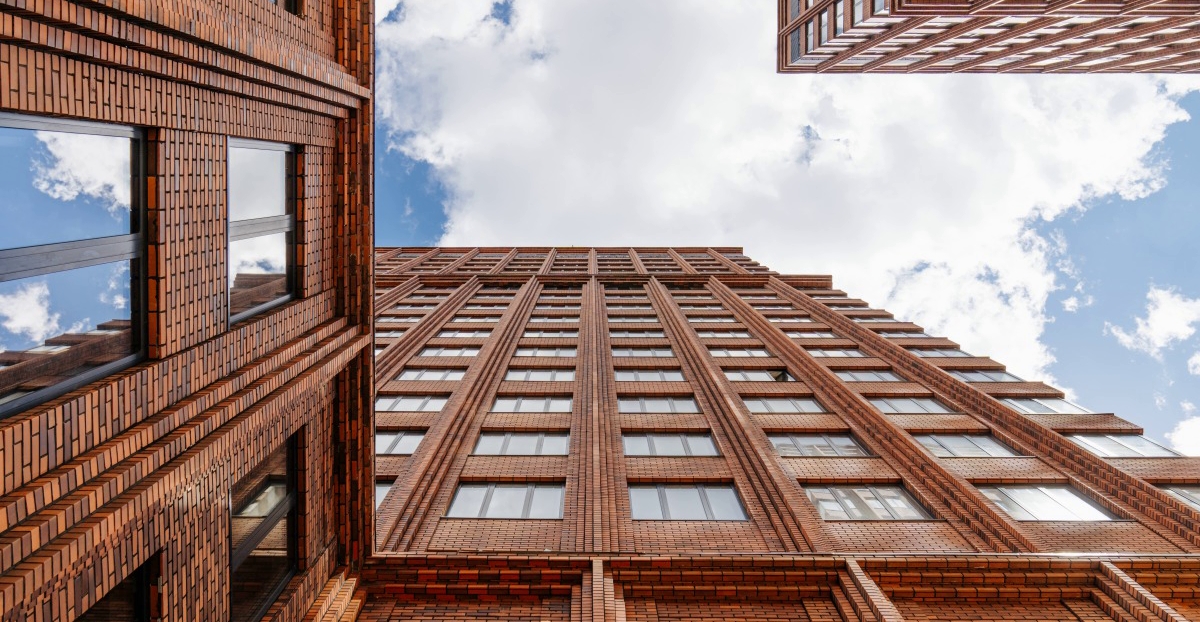 In 2017, the residential complex received a GREEN ZOOM platinum certificate, and was also recognized as the best in the Housing Construction nomination at the All-Russian Green Awards competition for environmental development and energy efficiency.


The project also took second place at the Green Awards 2018.


In this project, Metropolis performed the design of structural solutions and internal engineering systems at the stages of the Concept, Project Documentation, and also prepared a project for the organization of construction and energy efficiency of the building.


Buildings No. 1, 2 and 4 have already been put into operation. Building No. 3 is scheduled to be commissioned by the 3rd quarter of 2023.


Figures and facts
Scope of work
Other projects